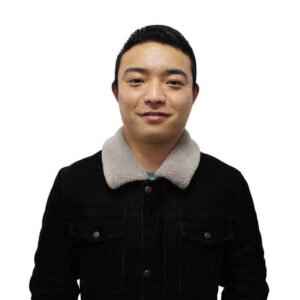 Indian cotton production was reduced due to insect damage, Xinjiang cotton production dropped due to high-temperature weather, and the recent rain and snow weather caused cotton-picking progress to be hampered. After the weather improved, cotton picking prices, loading and unloading fees, and transportation costs are increasing, even though the cotton purchase price has been adjusted back, cotton prices are still higher.

In addition, Southeast Asia textile start rate with the Vietnam epidemic control or further reduced, coupled with the shortage of coal in India, India’s power restriction effect has just begun, textile orders will continue to follow back to China, the current domestic textile start rate by the impact of dual control to reduce the order back to the background, the price of cotton products may continue to rise.

Coal is very important to China’s power map, although hydropower, wind power, and other new energy after years of development, coal power still occupy “half of the mountain”.

However, compared to wind power, photovoltaic, and other new energy with intermittent, random, volatile characteristics, has always been a stable supply of coal power to play the role of the bottom to protect supply.

However, coal power this “needle in the sea” is also unstable, because of the soaring price of coal so that thermal power plants “can not afford to burn”.

Although coal prices are soaring, the gap between supply and demand still exists. China’s National Development and Reform Commission predicts that this winter, influenced by factors such as steady economic growth and rapid increase in electricity consumption for heating, the nation’s highest electricity load will gradually climb and may even exceed this summer’s and winter 2020’s peaks.

A research report released by IFC Securities estimates that China’s total coal demand for the five months from September 2021 to February 2022 amounts to 1.848 billion tons, yet even if the highest production from 2015 to 2020 is measured, the five-month coal supply gap could be as high as 222 million tons, a 12% shortfall.

China still imposes a ban on Australian coal imports despite the huge coal shortage. Some voices criticized that the “Australian coal ban” is to lift a stone to smash their own feet.

Meanwhile, China has increased its coal imports from Indonesia and Russia in an attempt to fill the gap for Australian coal.

Despite this, China imported 140 million tons of power coal in the first seven months, down 7.9% year-on-year.

It is possible that this situation stems from the fact that the price of imported coal is also soaring. With the global economic recovery, the implementation of aggressive monetary policies in many countries such as the U.S., coupled with the exponential rise in shipping freight rates, a combination of reasons, the price of imported standard coal (7,000 calories) also exceeded the historical high of 1,200 yuan per ton, up more than 160% compared to the same period last year.

With such a magnitude of price increase, there is no price advantage for imported coal. Moreover, in front of China’s huge demand, the proportion of imported coal is extremely small. 2020 China’s power coal imports account for only 3% of domestic consumption.

But China’s power industry is in a rather peculiar situation – the demand for electricity is outstripping the supply, but thermal power plants are losing money on a large scale.

The reason is not difficult to understand, China’s power market still has a legacy of planned economy, despite years of continuous liberalization, but the price mechanism is still a semi-market state.

And this break-even point has come a few months ago. CEC’s report shows that in June, some large power generation groups to the field unit price of standard coal rose 50.5% year-on-year, coal and electricity companies lost of more than 70%. Thermal power plants “send a loss of one degree”, power generation will barely.

And the current price of coal has far exceeded this value.

In other words, the root cause of the “electricity shortage” does not lie in coal, but in the surge in demand for electricity, but can not conduct the market signal through the price of electricity, effectively regulating supply and demand.

The National Development and Reform Commission issued a “barometer of the completion of the first half of 2021 double control target of energy consumption in each region”, from the energy intensity, the first half of this year, Qinghai, Ningxia, Guangxi, Guangdong, Fujian, Xinjiang, Yunnan, Shaanxi, Jiangsu 9 provinces (regions) energy intensity year-on-year rather than falling, 10 provinces energy intensity reduction rate did not meet the progress requirements, the national energy-saving situation is very serious.

To this end, the intensity of energy consumption control around the country is also increasing, and power restrictions and orderly power policies are being introduced one after another. This storm of power restrictions and production shutdowns swept through at least 10 provinces, including Jiangsu, Zhejiang, Shandong, Guangxi, Yunnan, etc.

Hi,I am Jade, I have been in this eco bag industry in 5 years and I will share you the most valuable information.The purpose of this article is to share with your knowledges related from a Chinese Supplier's Perspective.

Stay tuned with our latest offers
and exlusive
updates.

Ask for a quick quote

We will contact you within 1 working day,please pay attention to the suffix “@avecobaggie.com”。